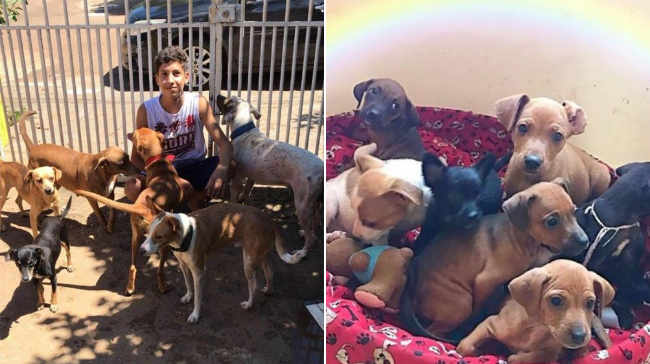 Eduardo Caioa is a passionate young man who has dedicated his life to rescuing animals that need help in his city of Anápolis, Brazil. As a child, his dream was to be able to save as many animals as possible. And at the age of 17 he was able to realize his dream thanks to the support of his family.

The refuge is named after the EduPaçoca Institute. “This year I have made a big dream come true: to build my own shelter. I have rented a house and I have a sponsor who helps me with the expenses. I go there every day. Sometimes I hitchhike, sometimes I cycle 30 km, but I never complain because it was always what I dreamed of,” says Eduardo. The man realized that more abandoned dogs appeared every day. At first there were 10 dogs chasing him. So they went to the shelter first.

For Eduardo, it is not just a space where the dogs have shelter and food, but he wants to give them a real home and make them feel loved. We don’t need a dog store. They need a home. I want them to know that, even if they are not adopted, I will be with them until they are old or die,” said Eduardo. The area where he lives is very cold and many dogs have died of hypothermia. The young man has not received any help from government agencies of his city. 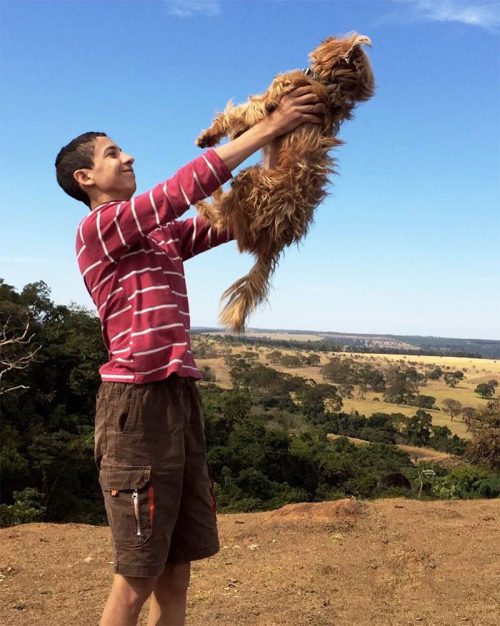 Fortunately, his family and some sponsors fully trust his cause and have made it possible for the shelter to become the perfect place for dogs to perform different activities and receive all their training before being adopted. “I want the Institute to be much more than a refuge,” she says. In a recreational daycare format, I want to make them happy and healthy so that they can be adopted.”

“In recent years, when we have fed street animals, I have realized that they have very similar feelings to ours. We have a dog named Baiano who always brings us gifts, bottles, bowls and leaves. We came up with the idea of ​​creating another place. A nursery with colors, toys, recess, activities, music, dance, theme parties and birthdays,” said Eduardo. Currently, the shelter has 22 puppies and four cats, all of them rescued by themselves. 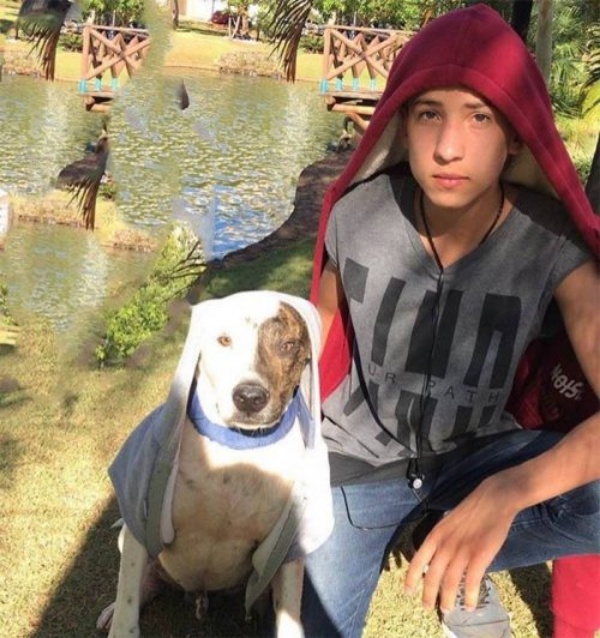 The young man can’t help every dog ​​he finds on the streets, which is heartbreaking, but he rescues the most vulnerable. “‘The biggest challenge is that you have to choose who you take and who stays on the street. The space is still small and we can’t handle everything.” Eduardo has managed to change the lives of many dogs.

As a long-term project, it is proposed to expand the institute physically and financially. Only in this way will it be able to help more animals, especially the elderly, who are rejected by some disease. “‘The ultimate goal is to find them a family, but until then, to make them feel like they already have a home. I want to treat not only their physical wounds, but also their damaged souls,'” he said.

The actions of this young man are already gaining followers, and every day more people join the cause. VOAA has launched a campaign to raise funds for the EduPaçoca Institute. Thus, it will cover the cost of food, cleaning material, veterinary care, renting a new space, etc. I try to make this world a better place. And I know that the miracles people ask of God are in the actions they do every day, whether it’s feeding a stray dog ​​or writing a letter to help an elderly person,” the boy said. 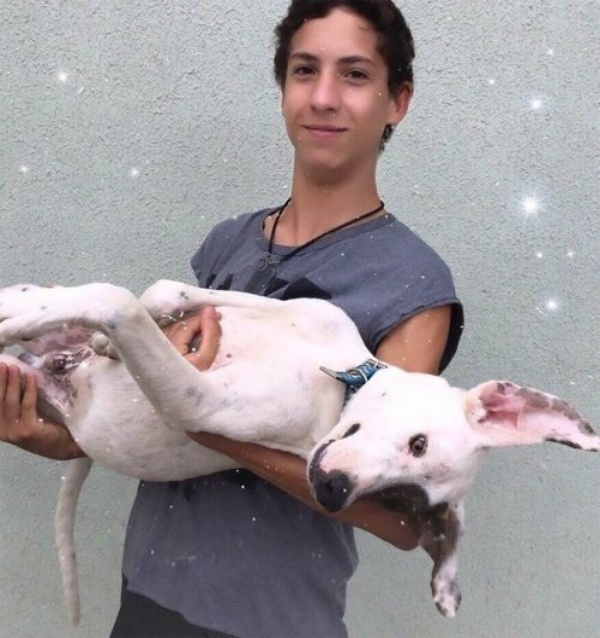 This boy, who has a great interest in social movements and love for animals, is a great example to remember that there is no excuse not to help animals.

Share this beautiful story with your friends and family so they can be motivated to help animals.