8 Animals You Won’t Believe Actually Exist. #3 Is Just Too Much. 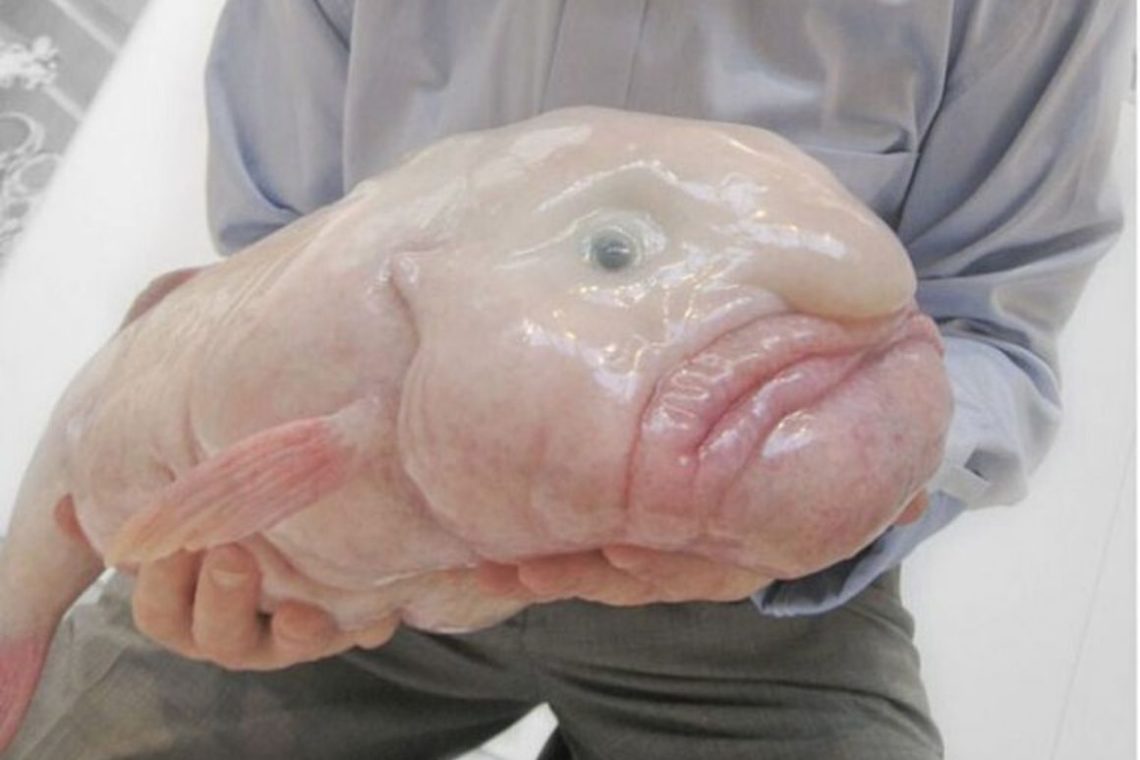 Have you ever wondered what might be the weirdest looking creature on our planet Earth? Look no further – we will show you eight of the strangest and most absurd looking animals we could find!

It’s human nature to have immediate assumptions just by looking at someone – or something. Whether it’s someone new we are just getting to know or a movie that we want to watch, we detect and determine mainly with our eyes. Such is the case when it comes to the animal kingdom. Everyone loves lions, pandas, koalas – they seem to attract a lot of attention and are frequently used to drive charitable causes forward. It would be strange to have an odd-looking insect on a huge poster to campaign towards saving the rainforests, wouldn’t it? We are simple in this sense that we prefer to look at something that’s adorable and pleasing to our eyes. It seems quite obvious that we gravitate towards mammals who share similar traits with us – warm-blooded and two-eyed. We tend to feel more protective towards innocent-looking creatures or animals who can be of some use to us. So, it’s not necessarily down to looks, it has more to do with which species we find relatable in any way. When it comes to conservation though, this shouldn’t be an issue – every animal is important to preserve as a species, whether they are cute or not!   In any case, nature is beautiful and all life is precious. Let us appreciate these weird creatures together!

Looking at this picture, the name seems oddly fitting. Like a pile of pudding with eyes, a huge nose, and a frowning mouth!

This guy is an endangered fish, originating from the deep sea near Australia. It lives at staggering depths, which explains his blobby appearance when taken out of water. They have no remarkable bone structure to them, which explains the permanently sad expression they can have. Their gelatinous flesh keeps them afloat instead of a swim bladder. This species is a victim of mass fishing, getting caught by nets aimed for lobsters, this is the reason why it is endangered.

Blobfish are harmless creatures that just have an interesting structure to them, because of their high-pressure habitat. They look like completely normal fish when they reside at their optimal depth in the sea!

Star Nosed Mole – The fastest forager in the world

No, this creature is not from the set of the next Alien sequel– the star-nosed mole is a Guinness record-holder, actually!

They are the fastest eaters, thanks to their odd nose appendages and their main choice of food are insects. The fleshy tendrils on their nose help them detect their prey, they are blind otherwise. So technically their ‘stars’ are not just their nose but their eyes, as well!

The speed with which they pick up scents is mind-blowing – scientists were baffled when they couldn’t determine the lowest input required to activate their sophisticated organ. They use their shovel-like claws to move through the ground, but they are excellent swimmers as well, thanks to their waterproof fur.  They are native to Canada and certain parts of the United States.

These critters are so ugly they are almost cute!

This peculiar mammal has some extraordinary traits, despite its feeble appearance. They are essentially cold-blooded, can live in extremely harsh environments and they are unable to register pain due to their genetic setup! They are bald because of their natural habitat does not require them to regulate their body temperatures. They are also the first eusocial mammal species recorded – they live in broods, much like bees!

The naked mole-rat has a naturally long lifespan for a rodent – they can live more than 30 years, if undisturbed. This is due to their ability to slow their metabolism and even thriving in low-oxygen environments. But the most exciting detail about them is the fact that they seem to be almost immune to cancerous tumors! This is due to the fact that they have specific genes in their bodies that prevent the uncontrolled growth of cells in general.

Overall, our conclusion is that despite its appearance, the naked mole-rat is a fascinating creature!

The Aye-Aye – Endangered due to superstition

The aye-aye is debatable when it comes to this list. Some would say it’s absolutely adorable!

A distant cousin to the lemur, the aye-aye is a nocturnal primate, one of the largest in the world. It is a foraging omnivore, using its long, bony fingers as tools to tap on tree trunks to find hollow spots where grubs and bugs reside.

Sadly because of its unusual appearance, the aye-aye was almost hunted to extinction. It is native to the island of Madagascar, where it is superstitiously thought to bring bad luck. Villagers kill them on site, even though they are completely harmless.

Let’s hope conservation efforts end up keeping this creepy but cute critter alive as a species!

The only reason why this peaceful mammal is on this list is because of its funny nose shape!

The Baird’s tapir is an endangered species. It is Central America’s largest mammal and the national animal of Belize, who affectionately name them ‘mountain cows’. This gentle giant is more closely related to horses than elephants or pigs – which would be a guess for some. They are extremely agile for their size and are excellent swimmers!

This herbivore is primarily nocturnal, but not completely harmless. Its method of feeding aids the surrounding ground’s fertilization, therefore the Baird’s tapir is an important part of its local ecosystem. It is best to avoid approaching one if you see them, though, as they can easily get irritated around humans! Low birthrate and loss of habitat are the main causes of the species’ reducing numbers.

Don’t be too concerned – this rather unattractive stage only lasts for about 12 weeks for cockatoos!

One of Australia’s national treasures, the yellow sulfur-crested cockatoo is one of the smartest bird species. They are as friendly and curious as they can be and they roam freely across the continent, even in urban areas. They can sometimes wreak havoc by rummaging through bins, uprooting plants and just generally by being loud.

Their juvenile form is very fragile and well, ugly if you will. But most bird species go through this awkward phase before growing out their beautiful and spectacular plumes. This particular subspecies of cockatoos is characterized by its brilliant white plumage, a pale orbital area around the eyes and attractive yellow crest on top of their heads. These birds are extremely long-lived, especially in captivity – they can live up to 70 years!