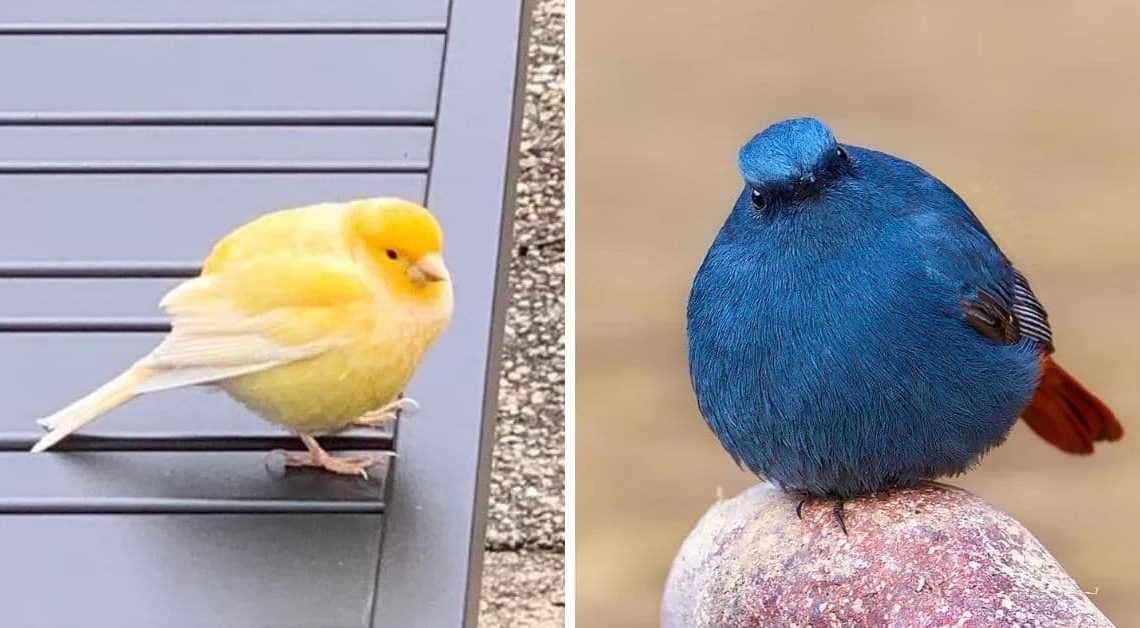 Cute animals come in many shapes – some are highly athletic, some are adorably pudgy, and these guys are perfectly spherical and amazingly fluffy animals. Call ‘em birds, or birbs, or orbs. Give ‘em names. But no one can take that smolness and birbness away.

What you’re seeing is not the work of some magic or Photoshop, these funny animals are actually perfectly round. There’s nothing better than looking like a fluffy ball of daintiness, and these cutest animals are ready to show it off cause, baby, they were born this way!

It seems like these furry animals couldn’t hurt a fly, being as adorable as they are – their only crime might be stealing your heart.

Get your cuteness birdometer ready, ‘cause these cutie pies will make you go: “Oh my gawd!” Let’s roll!

1. Eurasian Bullfinch Is A Cute Fluff Ball Of Peach Feathers 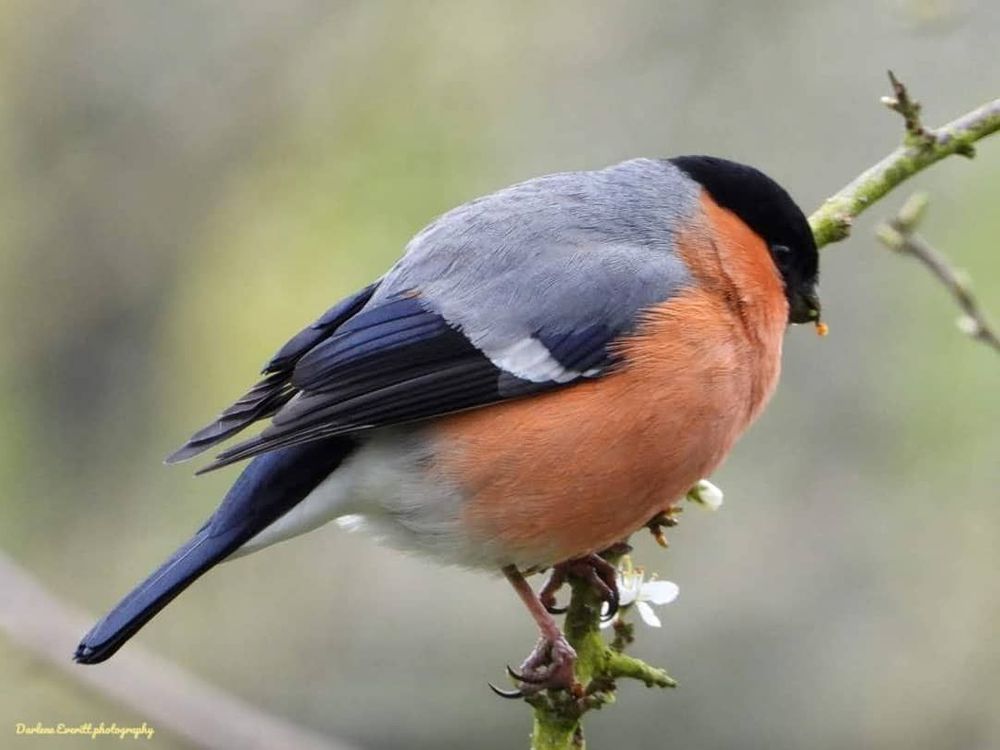 Eurasian Bullfinch is a bulky bull-headed bird. The Male has a grey mantle. Rump is white, contrasting with a blackish tail. Wings are blackish with only one pale wing bar. Underparts are pink-red, with white vent.

Academic descriptions of this bird refer to it as a “redbreast”, “pink-red”, or “rosy breast, but clearly, there is no need to use all those words, when this stunning bird is peach-colored.

Anyway, these cuties are common throughout Europe and Asia, with habitat stretching all the way from the British Isles to Japan.

2. The Pink Robin it’s just so round! 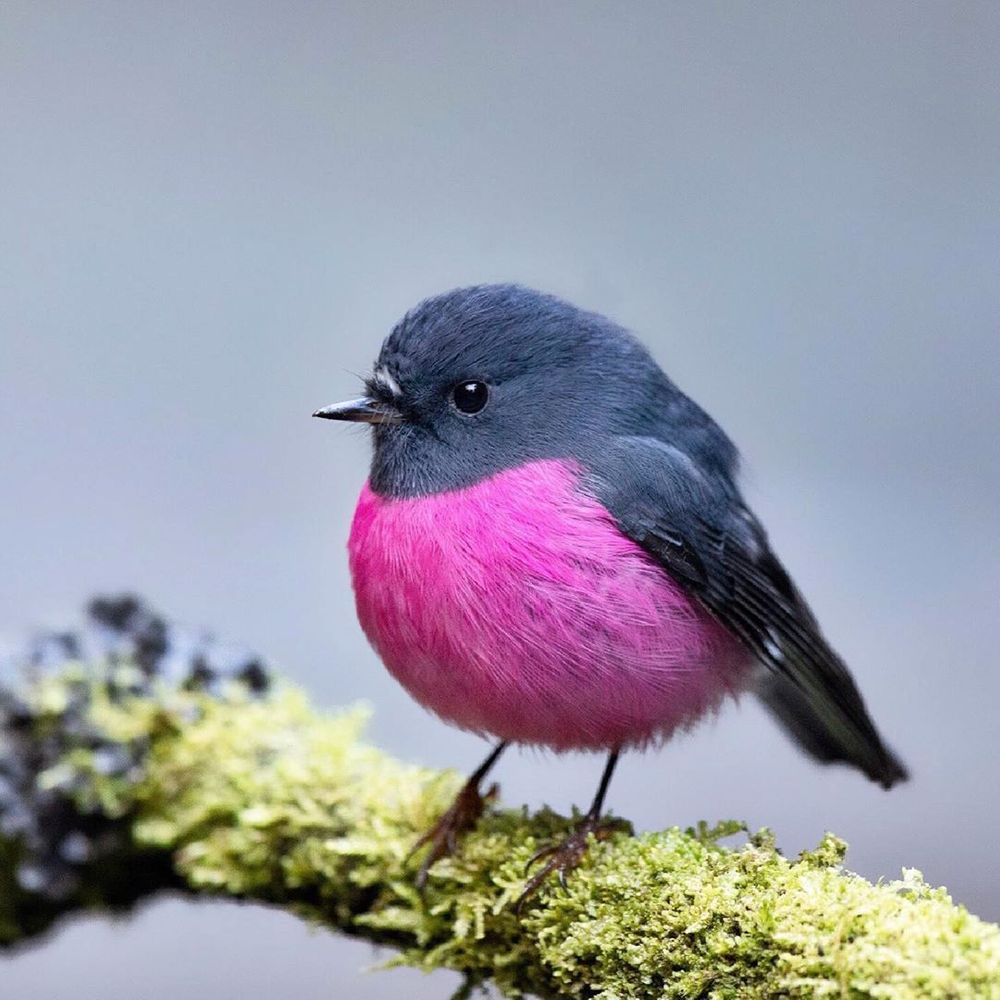 As their name suggests, pink robins are bright pink in colour, which has made them quite the social media star of late. These birds weigh a mere 10g and can be found in the south-eastern parts of Australia, including New South Wales, Victoria and Tasmania.

3. Not to be outdone in borbliness, New Zealand has the takahe. 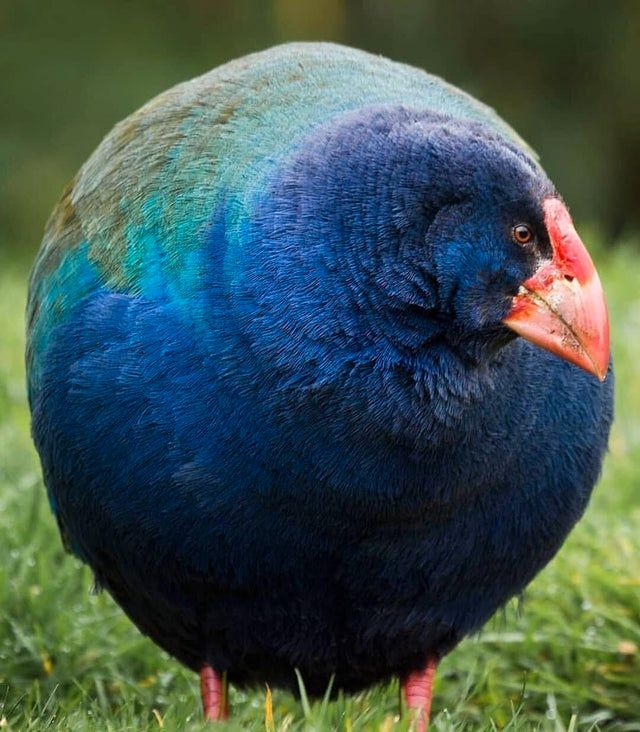 The flightless takahē is a unique bird, a conservation icon and a survivor.

The takahē is the largest living member of the rail family and the biggest flightless bird to survive in New Zealand. Takahē are found only in New Zealand. They belong to the Rallidae (rail) family of birds.

4. One very round quack here. 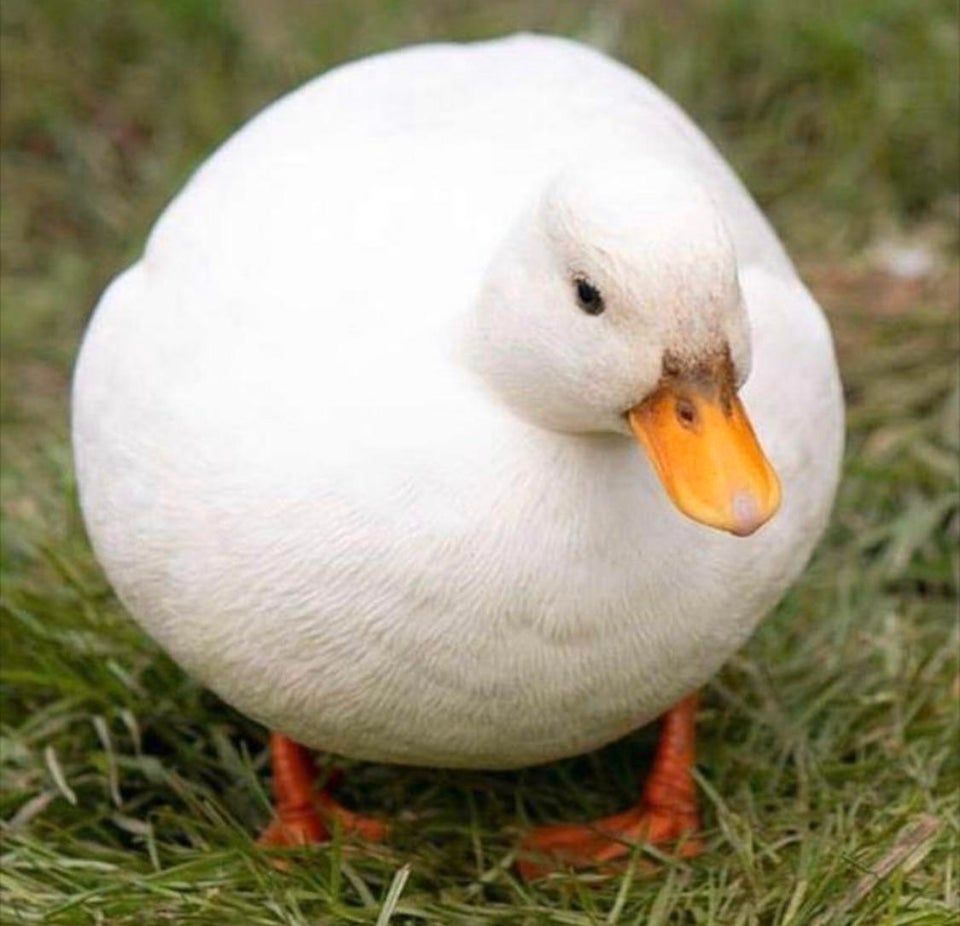 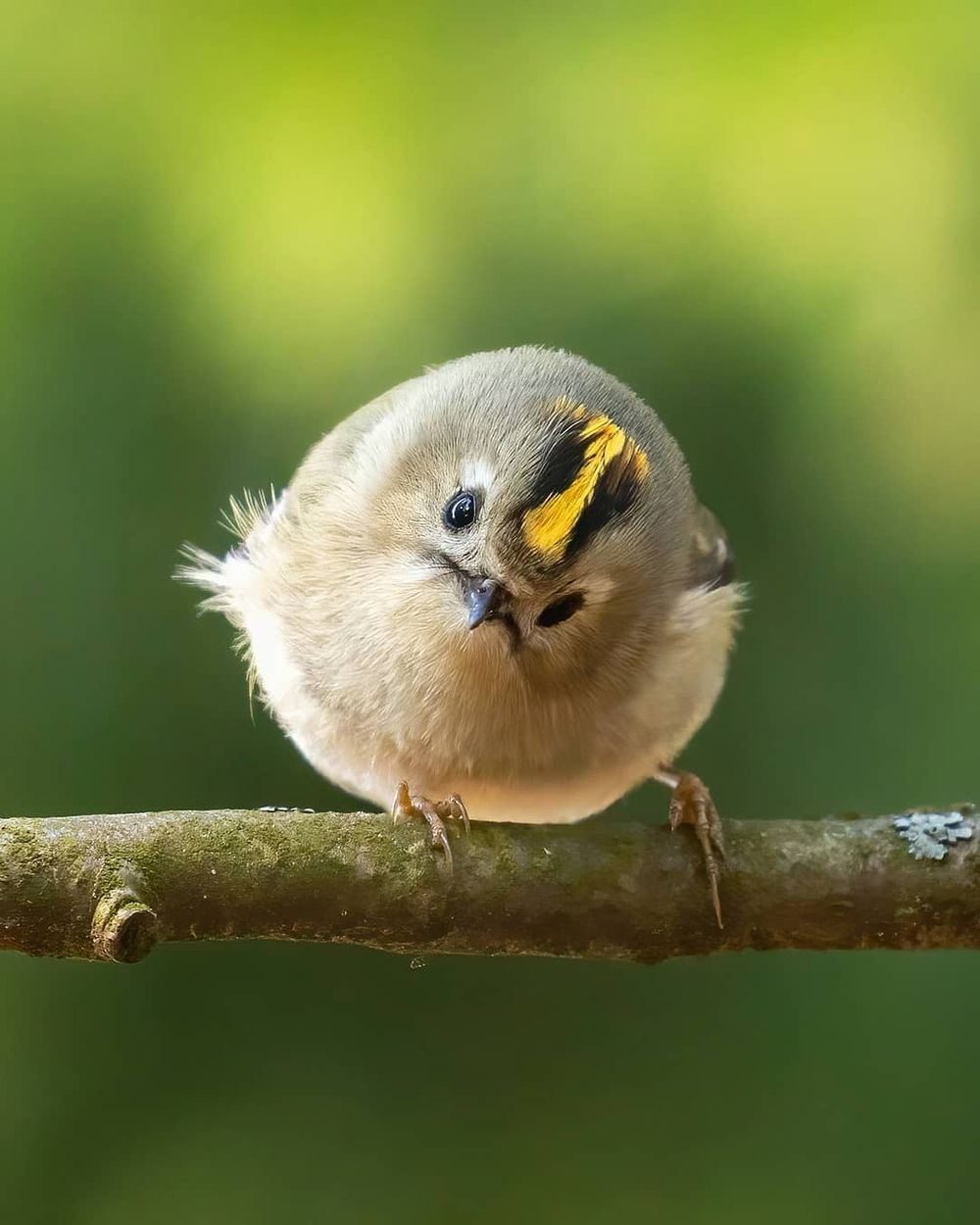 The goldcrest is one of Europe’s smallest birds. Its English and scientific names come from its colorful golden crest feathers, and is also possibly the reason it is known in European folklore as “king of the birds”. The tiny goldcrest is a dull grayish-green, on its head there is a black and yellow stripe, with an orange center in adult males, and its belly is pale. Its thin beak is perfect for picking out insects from between pine needles.

6. The Bearded Reedling is a birb that can do a mean splits. 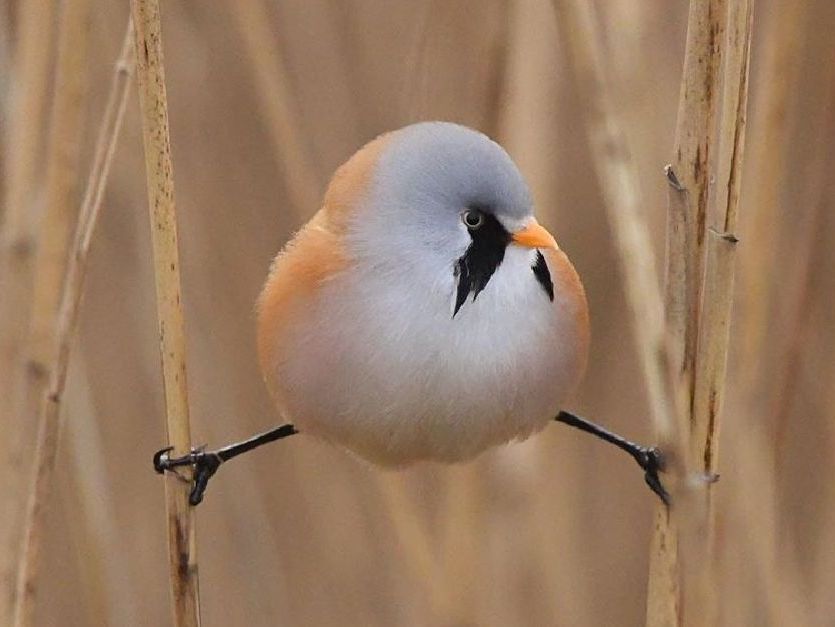 These birds can’t be confused with any other one, because their looks and poses are their distinctive features.The unique appearance of these birds makes them easily recognizable in nature. Just look for a tiny, egg-shaped, fluffy bird, that enjoys resting by doing a split on three branches, and there you have the Bearded Reedlings.

7. This Long-Tailed Tit That Looks Like A Floating Cotton Ball 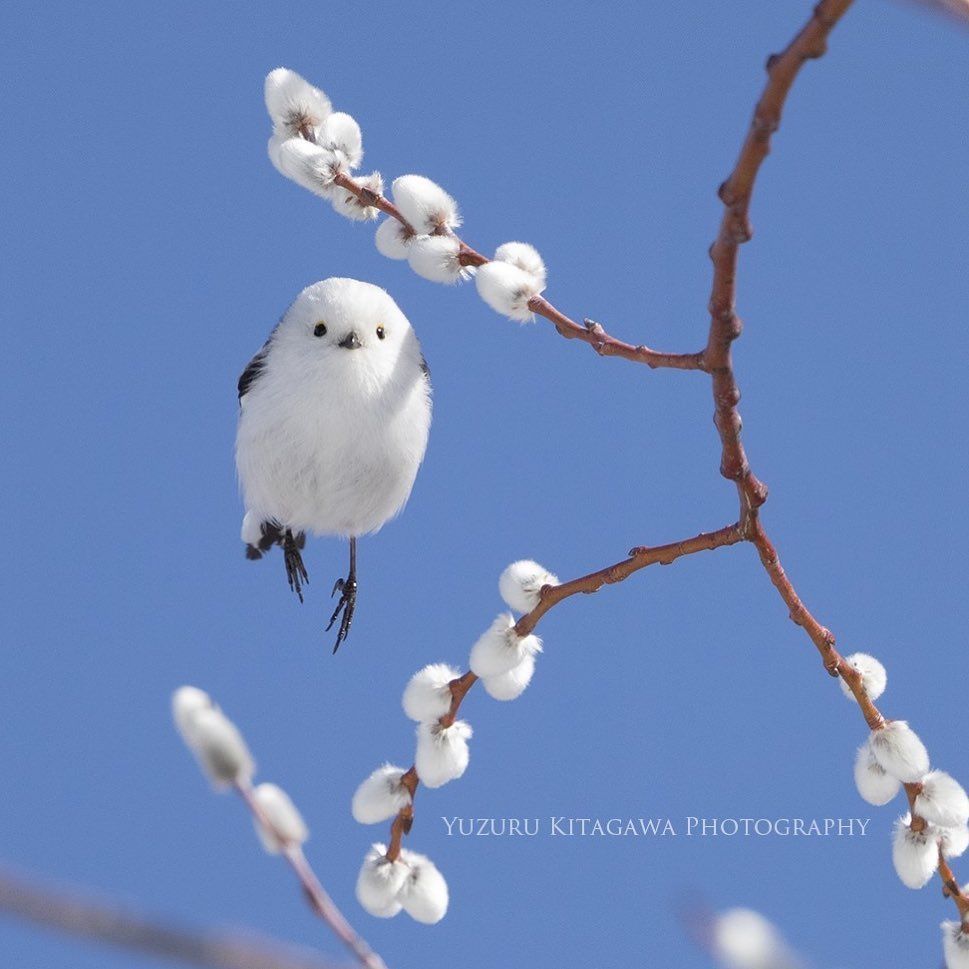 They look like white cotton balls bouncing around and are beloved by the Japanese, who call them Shima enaga. In English, they’re known as long-tailed tits, though this particular subspecies is only found in Hokkaido.

What makes Hokkaido’s long-tailed tits so special? All members of the species are tiny, measuring 13 to 15 centimeters long—and half of that is tail!

8. This tiny owl is a very dangerous bird 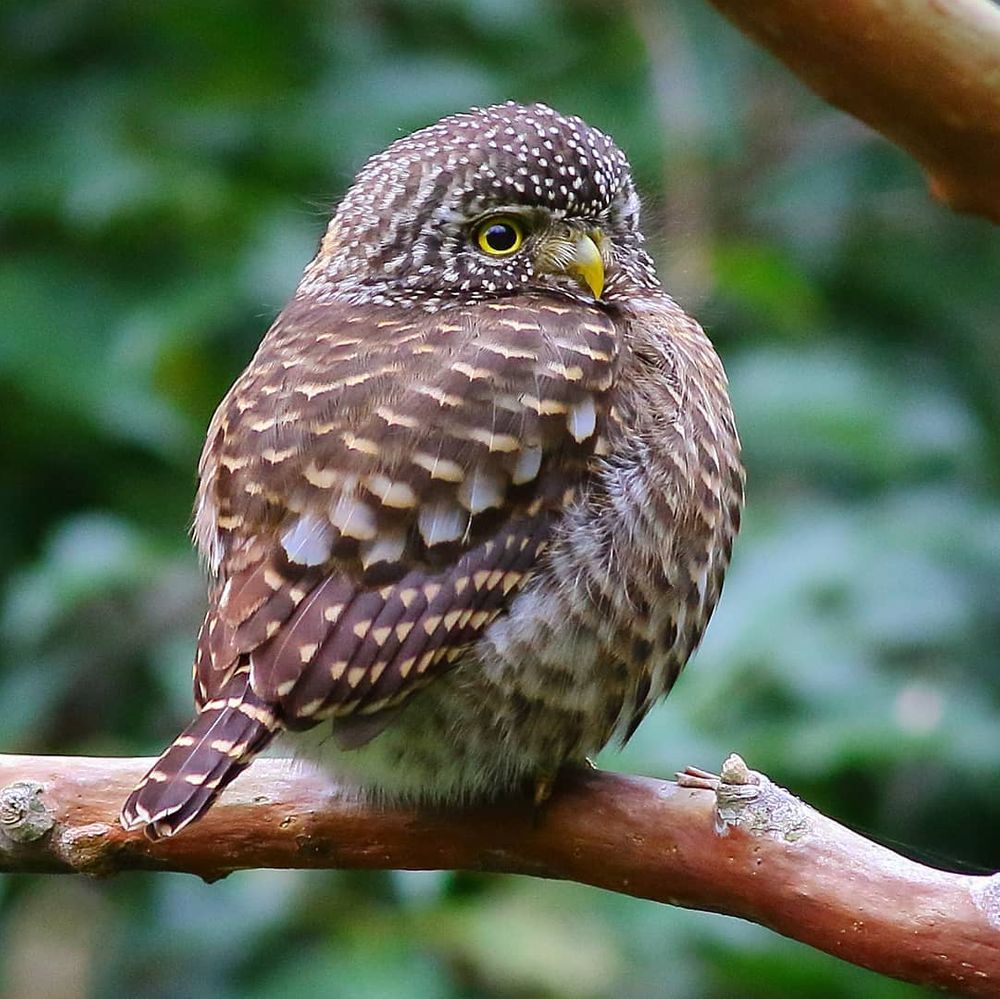 Technically, it is an owlet, since like poor Plutobeing demoted to “planetoid,” the collared owlet was deemed too tiny to be considered a proper owl. 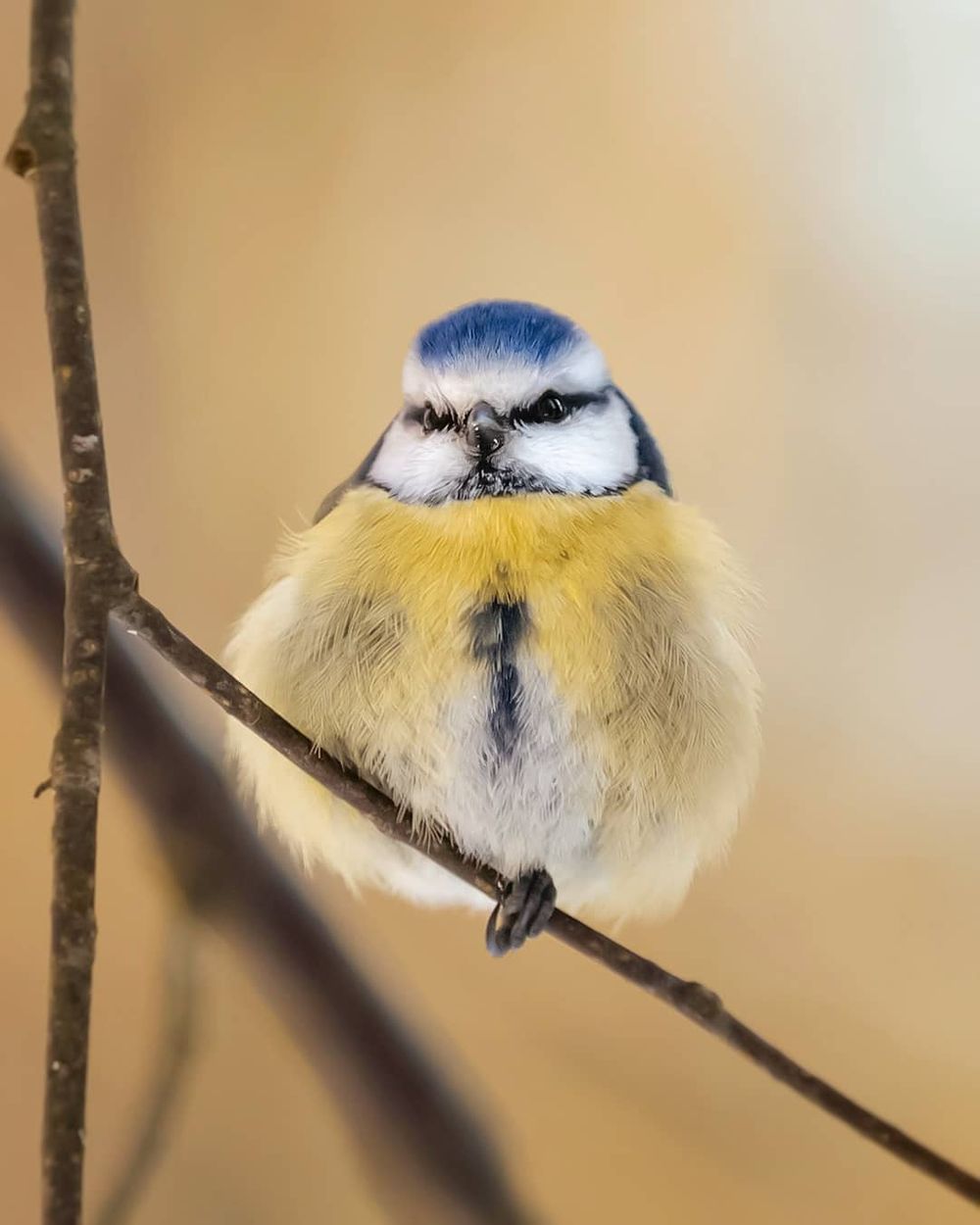 The Eurasian blue tit is a small passerine bird in the tit family, Paridae. It is easily recognisable by its blue and yellow plumage and small size

10. You’d be forgiven if you thought the term “plumbeous” referred to the roundness of this bird. 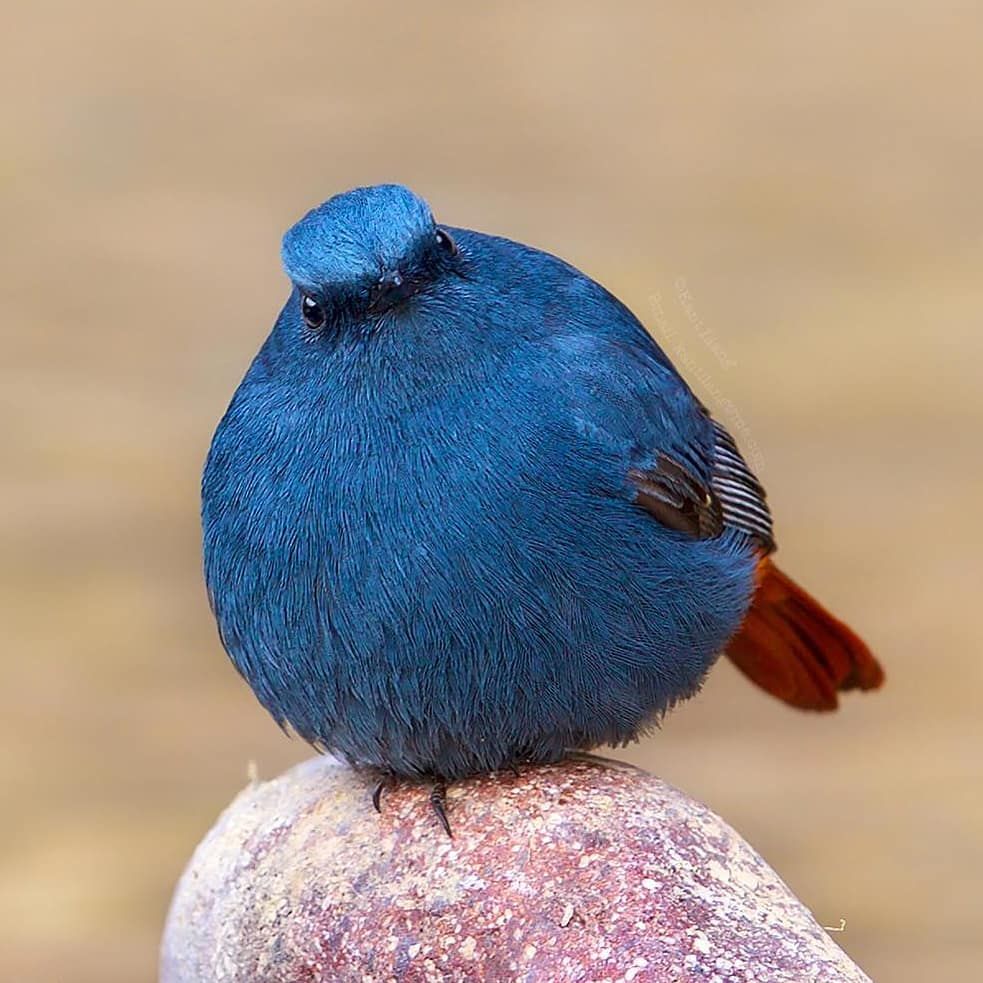 It does sound like a word that would, but alas, the plumbeous water redstart was actually named for its slate-blue colour. 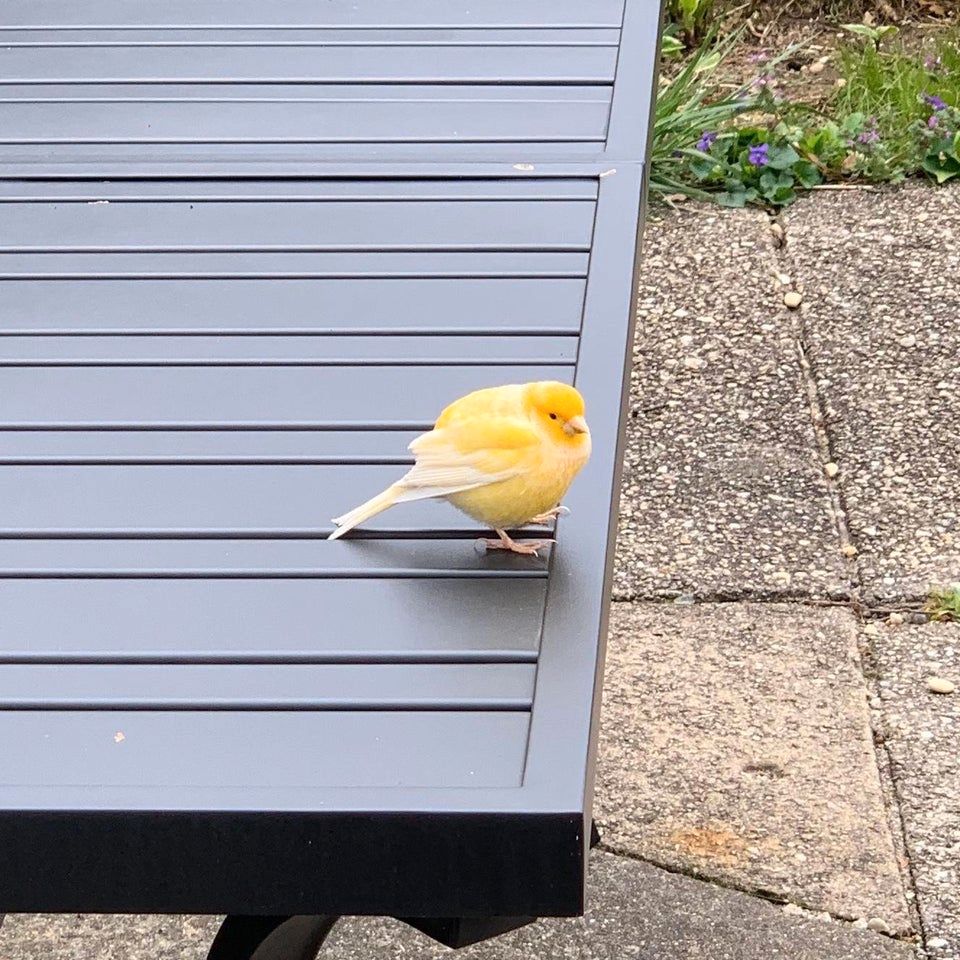 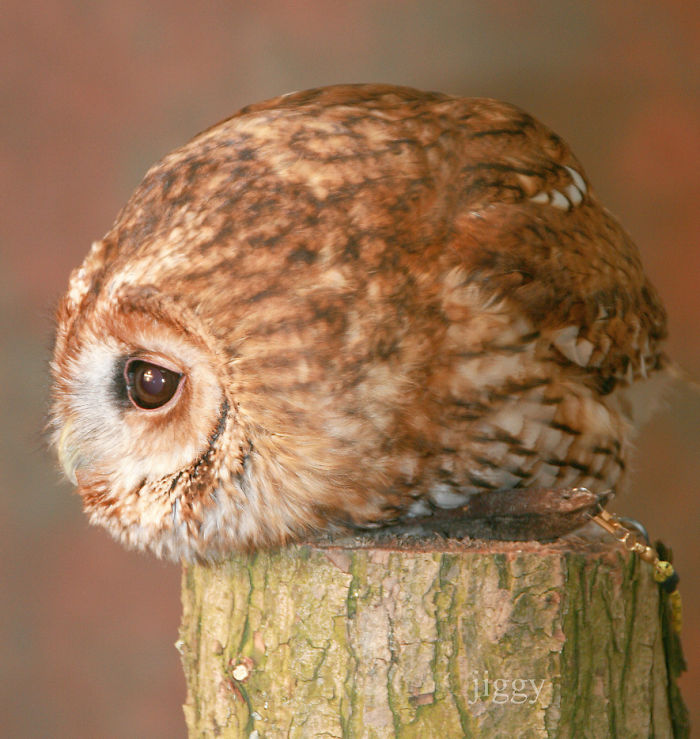 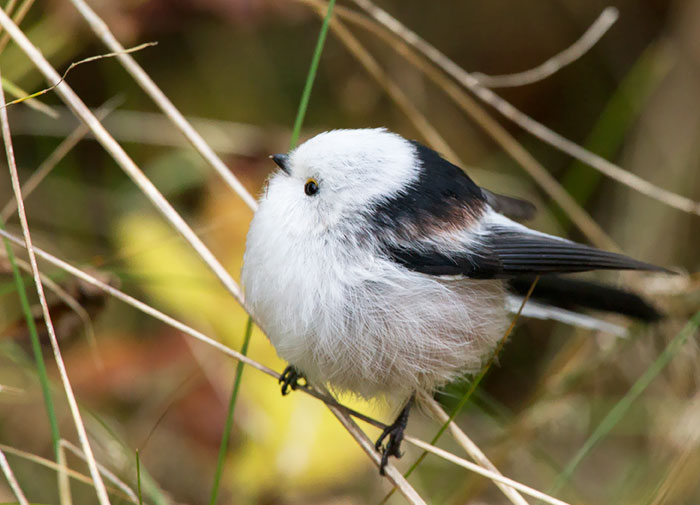 The long-tailed tit is easily recognizable with its distinctive coloring, a tail which is bigger than its body, and undulating flight. Gregarious and noisy residents, long-tailed tits are most usually noticed in small, excitable flocks of about 20 birds.

Like most tits, they rove the woods and hedgerows, but are also seen on heaths and commons with suitable bushes. 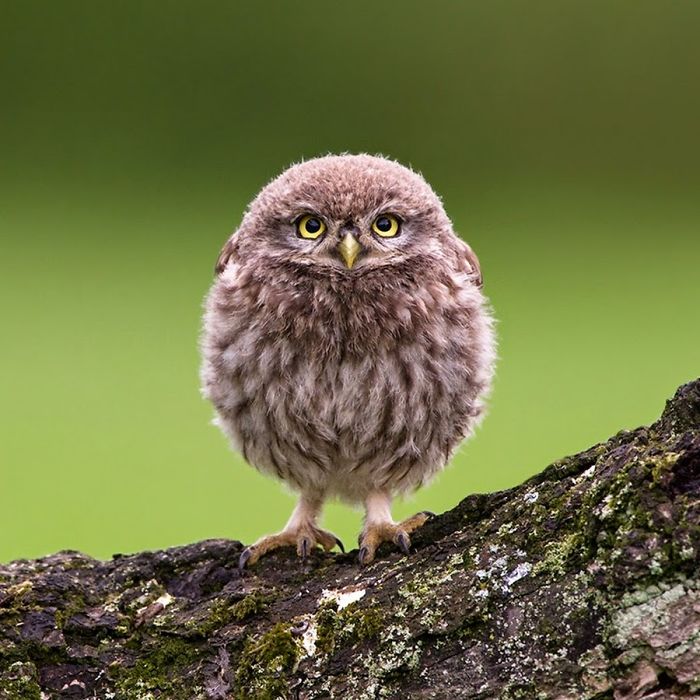 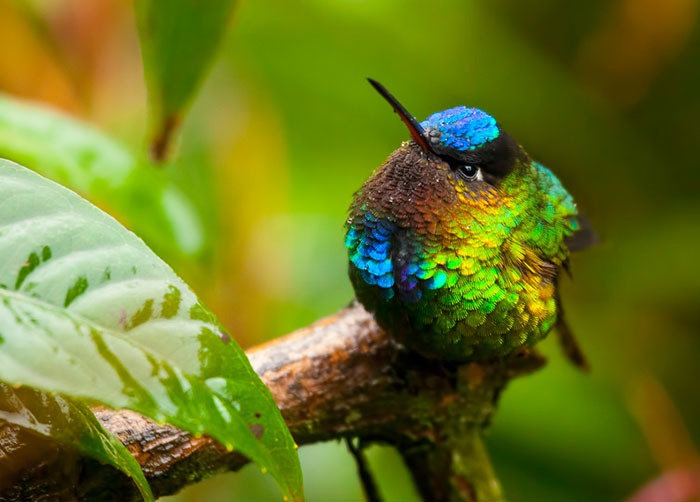