10 animals that look like a fake, but actually exist. 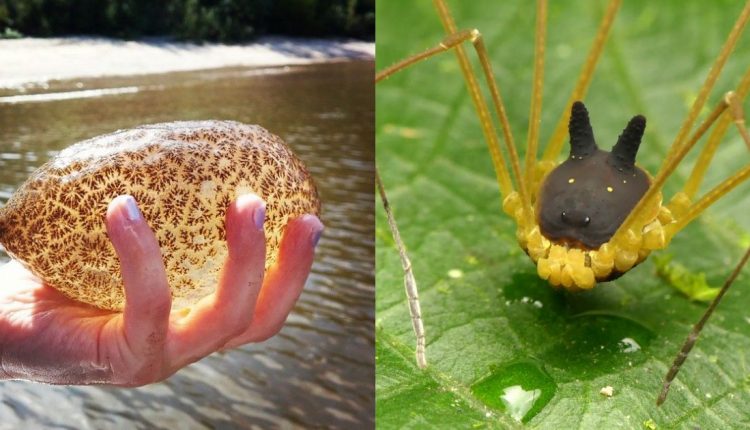 The animal world is extremely vast, varied and hides mysteries that scientists have not been able to decipher until today. Whether in the sea, on land or in the air, there are many species that still intrigue science with unique peculiarities and characteristics that have not yet been fully understood.

In this list, you will meet 10 amazing animals, which despite appearing to have come out of a fantasy tale, so totally real, yet rare. 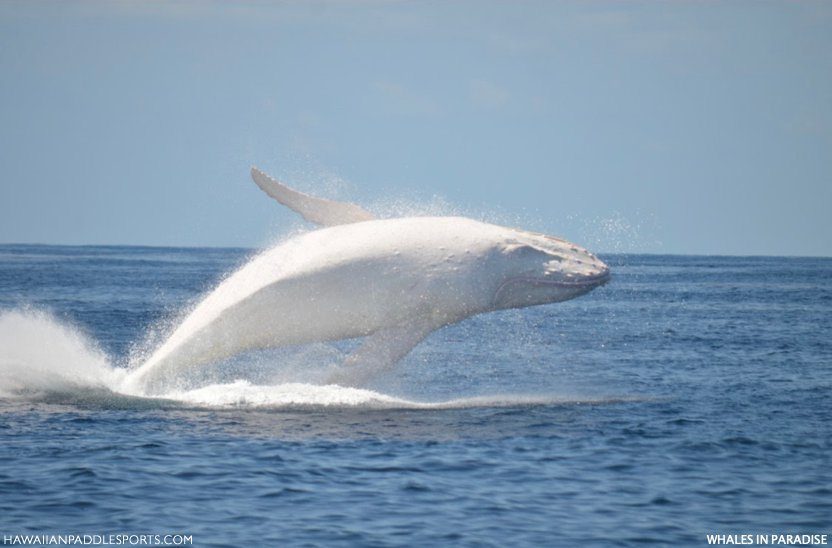 If you like reading, you may have already pored over “Moby Dick”, by Herman Melville, written in 1851. The great white whale, star of the work, is not a total invention. However, it’s not that common to find a white whale out there.

In Mexico, for example, there is an albino whale that has become a celebrity. It is called “Galon de Leche” (or milk gallon, in Portuguese). Unfortunately, it is one of the only ones ever found and recorded, yet another similar whale was reported in 2003. In this case, 17 years ago, no photographic evidence was made, making it difficult to say whether it actually existed. 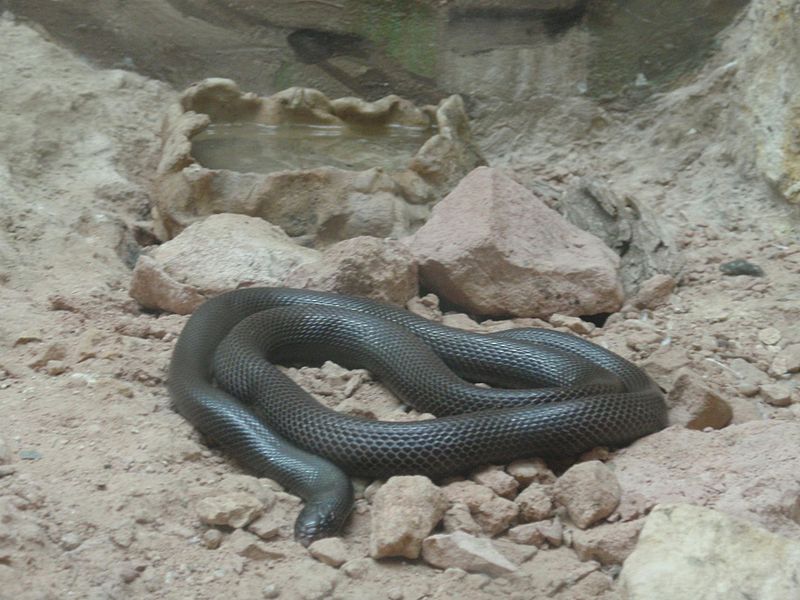 In mid-2019, researchers were analyzing plants and rocks in a forest in Guinea and Liberia when they came across a new species of snake, which became known as the “stiletto snake”.

One of the main characteristics of these snakes is the ability to deliver poisonous blows without even having to open their mouths. It has small fangs on the sides of the mouth, allowing blows from the sides of the head.

The venom of this snake is not lethal, but it is quite dangerous and has the ability to destroy human cells. This means that, while you’re not at much risk of dying from a bite from this snake, if you don’t get the antidote fast enough, you might end up needing to amputate a finger, for example. 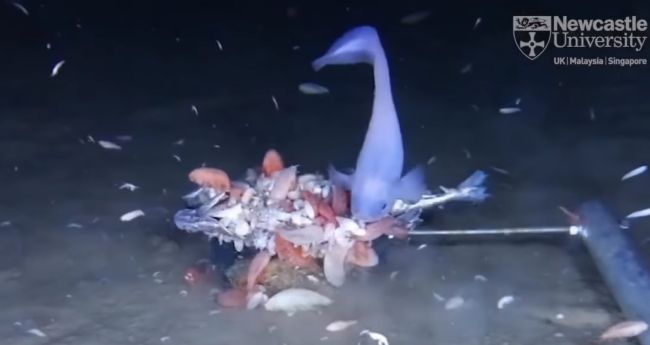 In 2018, researchers found a new species of snail fish in the Atacama Trench, off the coast of Peru. As it is an animal that lives in the depths of the ocean, under practically unbearable pressures for human beings, it had to develop a totally gelatinous body, without many bone structures.

When researchers tried to remove the animal from a depth of more than 7,000 meters, its body disintegrated so quickly that it gave scientists the impression that it was melting.

4. Bubble from the pond 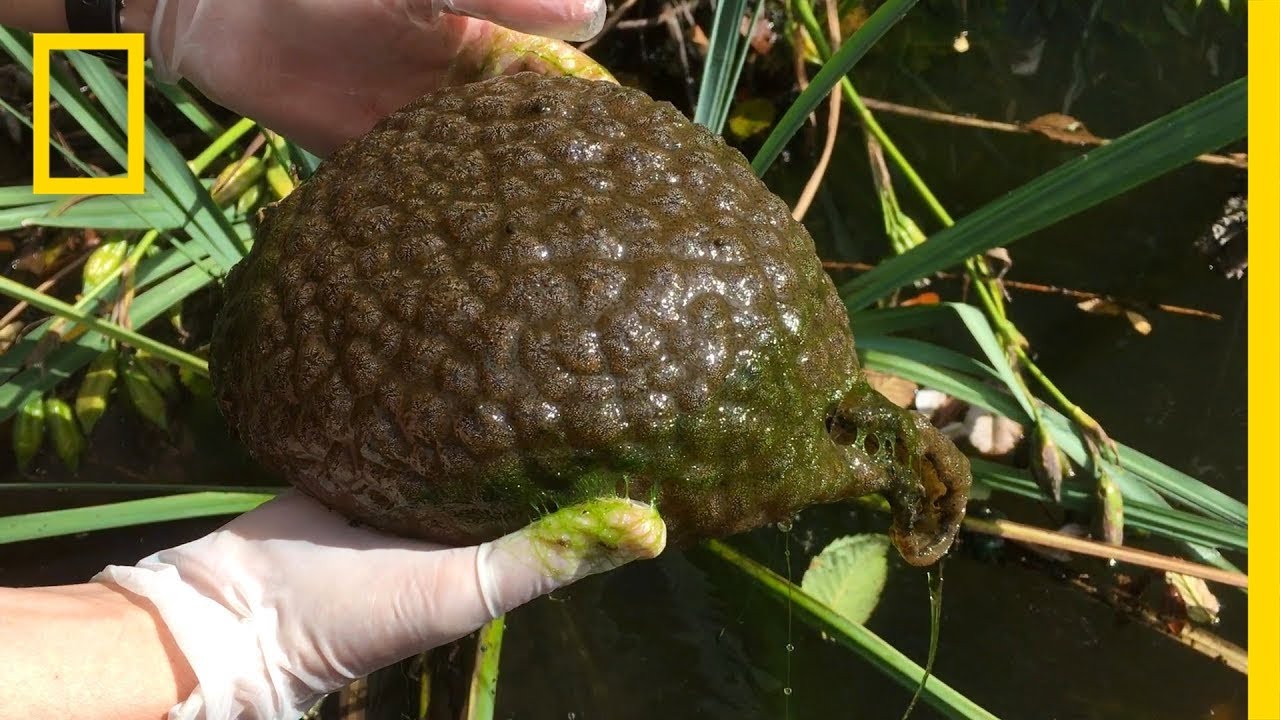 In the year 2017, researchers found a weird creature in a Vancouver lagoon that had the texture of jelly, and a shape that resembled something like a brain. Later, it was concluded that it was a Pectinatella magnifica, a type of bryozoan (a colony of organisms that live in union).

According to scientists, this species is a bit difficult to find because it can often be mistaken for a rock or something, plus the fact that under normal conditions, when the sea is at its usual level, they are not. easily found. 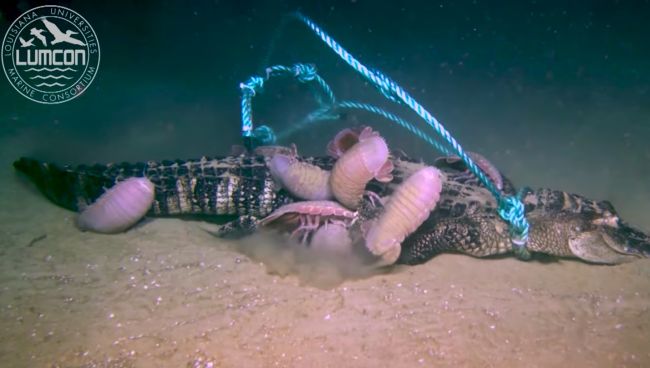 Isopods are crustaceans, distant cousins ​​of crabs and lobsters, which may have appeared on Earth at least 300 million years ago.

In mid-2019, researchers conducted an interesting experiment using cameras to better understand these animals. In the Gulf of Mexico, in a location where scientists were already aware of underwater isopod activity, a fresh crocodile carcass was dropped to see how these animals would behave in the presence of a large feast.

Just minutes after the carcass hit the ground, several isopods appeared for the meal, with some as big as a football, according to the researchers’ report.

Most frightening, however, was the way they devoured the crocodile, splitting its abdomen and tearing the animal’s body from the inside out. But there’s a good reason for this kind of behavior: These animals can go years without eating, which means that when they get a chance to fill their stomachs, they do just that. 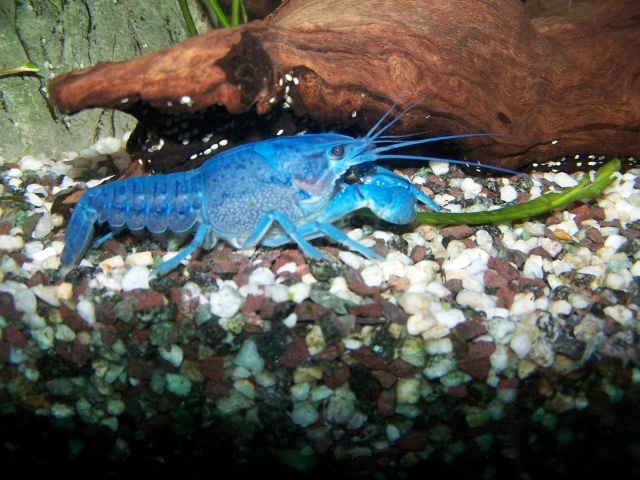 Animals with different colors always make people talk, and Robin Russell, who had been working with lobsters for many years, made quite a discovery in 2017 when he was checking out one of his traps. Among the normal lobsters, he found a blue one, which caught his attention.

He gave the lobster the nickname “Lucky”, and the animal had a different fate than those who ended up in the kitchen: Lucky was sent to a laboratory.

In fact, Lucky wasn’t the first blue lobster to be found, but what remains a mystery is exactly what causes this coloration in these animals. Some scientists believe in genetic mutations, while others bet on differences involving the levels of astaxanthin in these animals, a type of pigment that can cause different colors depending on the amount. 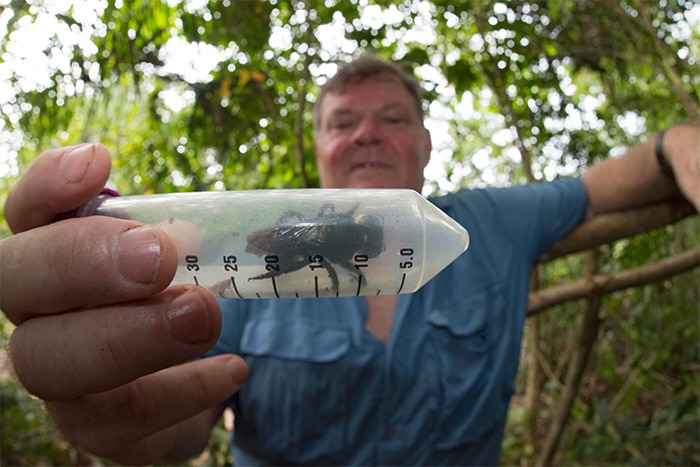 In 1858, Alfred Russell Wallace found a giant bee, measuring something like four times the size of a conventional queen bee. For many years, scientists assumed that the species, called “Wallace’s giant bee,” had gone extinct, as no specimens had been found for quite some time.

It was only in 1981 that an entomologist found six nests of this animal on the island of Bacan. After that, the bees disappeared again, until 2019, when a team of scientists analyzing islands in Indonesia found a new nest of the species. In it, a queen was found, measuring a frightening 6 centimeters from one wing to the other. 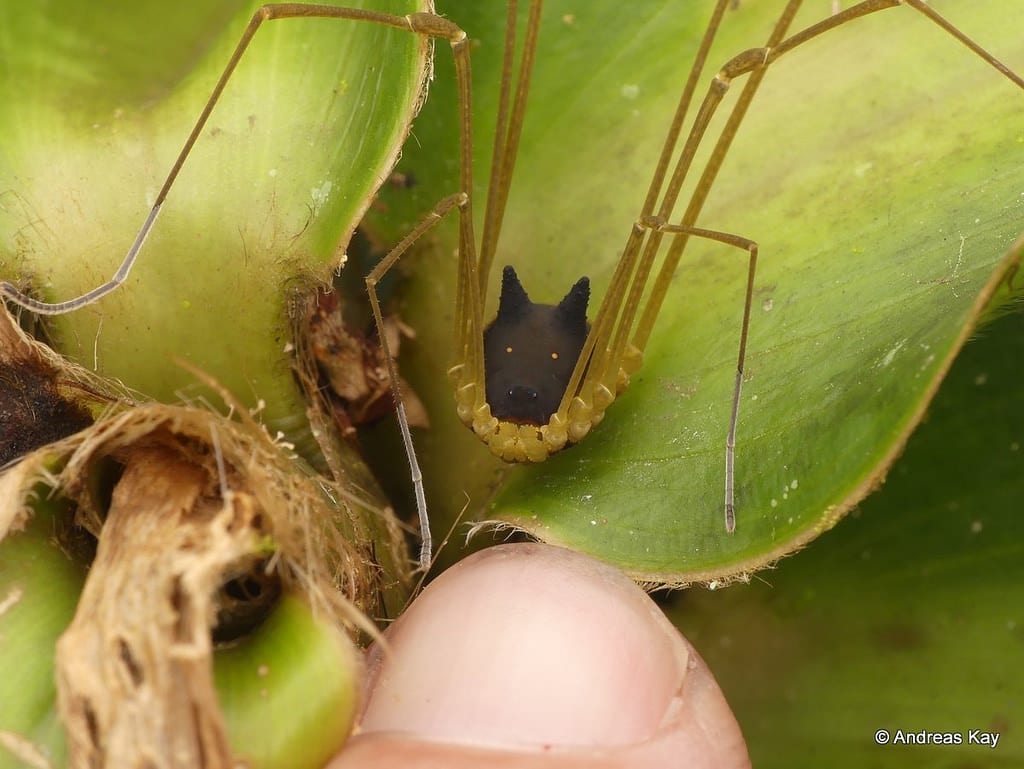 Something truly strange was discovered by scientist Andreas Kay during an expedition in Ecuador in 2017. In a certain region of the Ecuadorian rainforests, the researcher found an unusual species of spider, which has on its body what resembles the face of a dog. , or a rabbit (depending on your point of view).

The species, in fact, is not that new, and had already been found in 1959, when it received the scientific name of “Metagryne bicolumnata”. What we didn’t have were photographs showing the bizarre peculiarity of this species.

For researchers, this feature may have the function of warding off predators, since the “false face” can scare away at least part of the creatures that think of turning these spiders into a meal. 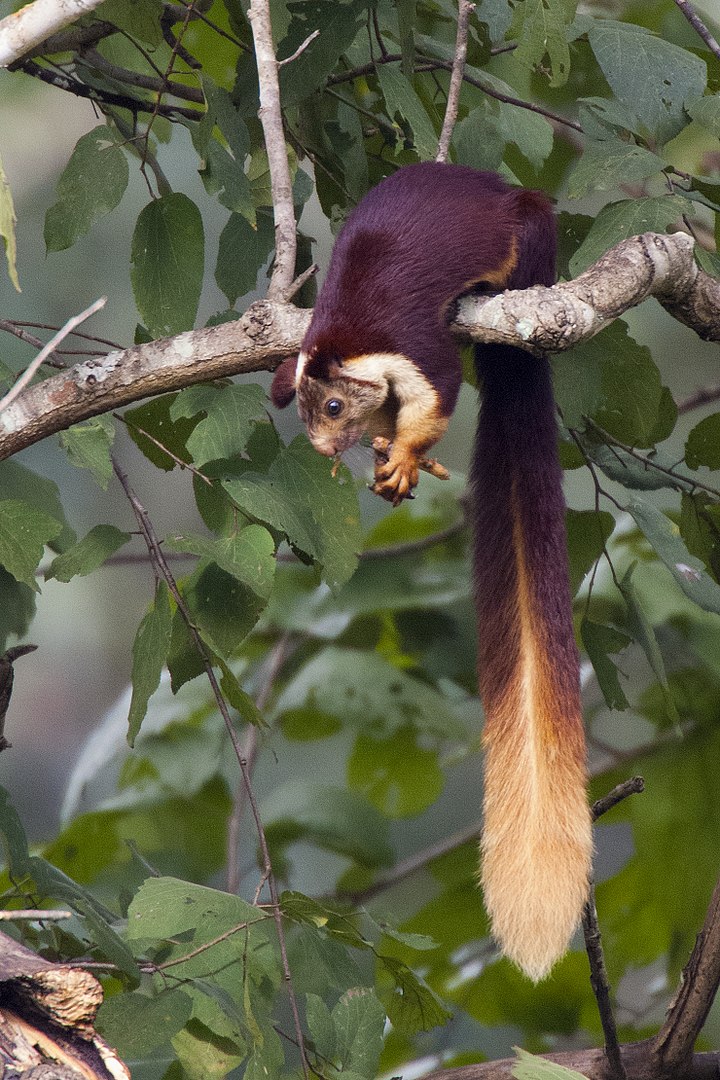 In 2019, an amateur photographer uploaded a series of photos of a colorful squirrel to his Instagram. The images caught the attention of several internet users, who soon began to raise the hypothesis that it was an image edited in Photoshop, or that the animal had been artificially dyed.

The good news, however, is that the images were real, and that no animals were harmed to record them. These giant (and colorful) squirrels live in a region of the peninsula of India, and are called “Malabar squirrels”.

Not all animals of this species have this coloration, but there are several images showing these animals in different shades of purple, pink and often mixing all the colors of the rainbow. 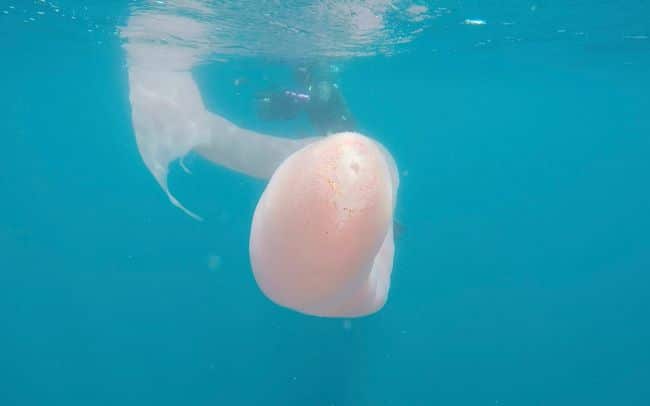